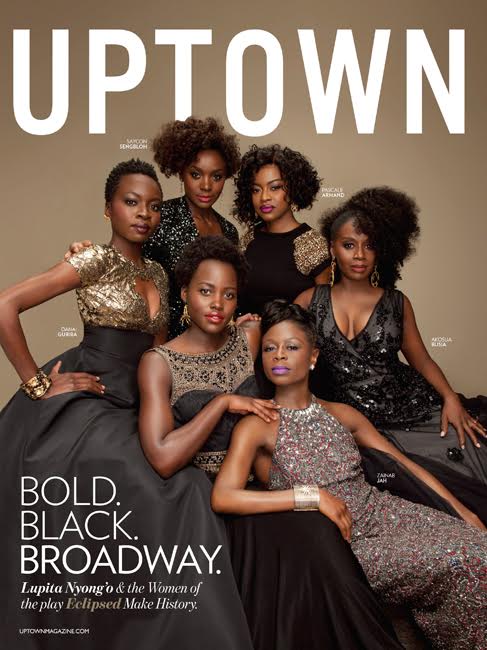 Look at all that brown, honey! The beautiful cast of Broadway hit "Eclipsed" absolutely glow on the cover of UPTOWN Magazine's March issue. The production tells the story of five Liberian women brought together by the country’s second civil war. The script was written by Danai Gurira (“The Walking Dead”) and directed by a woman, Liesl Tommy, a native of Cape Town, South Africa. In fact, ALL of these beautiful actresses who were casted are of African decent, which adds to the authenticity of the story. What an amazing body of work!

These gorgeous ladies, the main cast of five women, Lupita Nyong’o, Pascale Armand, Akosua Busia, Zainab Jah, Saycon Sengbloh and director Gurira recently graced the cover of Uptown Magazine to explain why it was so important that they be a part of telling this story.
Check out a few highlights from their interview over at Essence at the link below!
THE CAST OF “ECLIPSED” STUNS ON THE COVER OF UPTOWN MAGAZINE 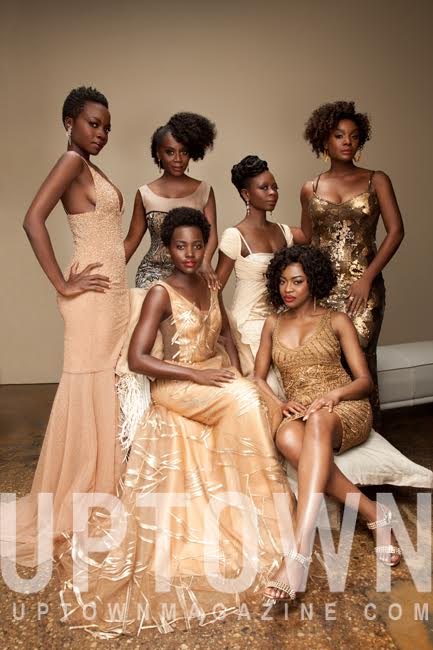